This is a Random Album Generator.
One album a day.
From the book 1001 Albums You Must Hear Before You Die.
Get Started 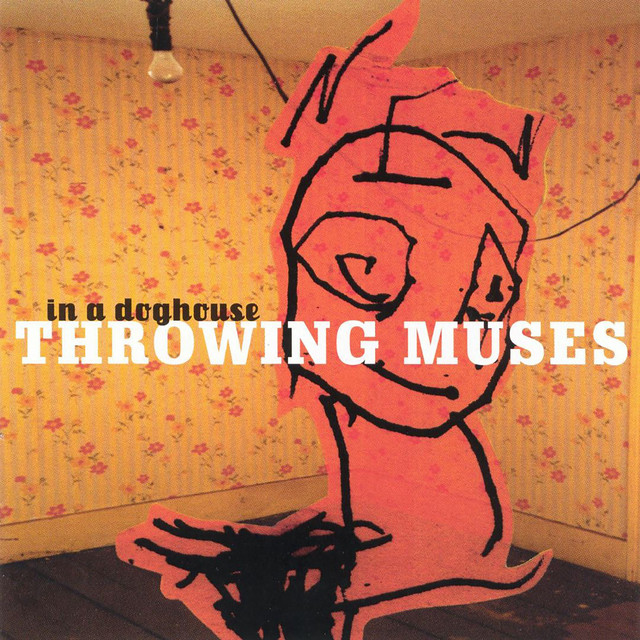 Throwing Muses is the 1986 debut album of the band Throwing Muses, released on British independent label 4AD. This was the first album by an American band to be released on 4AD, which had concentrated primarily on British-based acts up to this point. The release marked a shift in the label's direction; a year later 4AD would sign Pixies based in part on the band's connection to Throwing Muses, and by the mid-1990s much of the label's roster was made up of American bands. AllMusic calls the album a "powerful debut" whose "startling collision of punk energy, folky melodicism, and Kristin Hersh's mercurial voice and lyrics...puts the work of most self-consciously 'tortured' artists to shame." The review praises the record's "fluid, effortless emotional shifts"—also described as "violent, vibrant mood swings". The album was also included in the book 1001 Albums You Must Hear Before You Die. The album was originally released in the UK by 4AD in August 1986 (CAD607) on LP, CD and cassette. Sometime around the early 1990s, the album went out of print, as plans were made by the band's American label, Sire Records to issue the album for the first time in the US, along with 1987's Chains Changed EP, which had also never seen American release. After Throwing Muses were dropped by Sire following the disappointing sales for 1995's critical favorite University, plans for the re-issue were dropped. The band later resurrected the re-issue project, issuing the 2-CD compilation In a Doghouse in 1998 on 4AD (DAD607CD) in the UK, and on Rykodisc in the USA. This compilation not only contained the debut LP and EP as originally planned, but also (on the second CD) the demo tape that convinced 4AD president Ivo Watts-Russell to sign the band; newly recorded versions of songs originally written in the band's early years; and the band's award-winning 1987 video for the song "Fish".

Reviews
Like a review? Give it a thumb up to help us display relevant reviews!
View Author
5

This album was not present in its entirety on Spotify so I had to go through Youtube. Anyway, this is very refreshing punk/alternative rock. I love the signer voice and the producing of the songs. It seems there is some pixies influence on thise album. I was surprise because I did not know about this band at all. I liked it 4.

Ok album. Singing was sometimes enjoyable, sometimes not. Good riffs, would give it another try. Hard to find to listen to on streaming platforms.

This was added to the list for some reason and first listen I wasn’t blown away by anything.

One of the things I love (or at least very much appreciate) about the current media landscape is the ability to just listen to an album or watch a movie pretty much on demand. One of the things I hate is seeking out a piece of media only to find that not enough people care enough about it to make it available. That seems to be the case with this first, self-titled Throwing Muses album. I don't have an Apple Music or Tidal account so maybe it's on there but it definitely isn't on Spotify, not in the U.S. anyway. I was able to find it in bits in pieces on YouTube minus one song, "Stand Up," which was available in a live version (that I could have sworn was from a those crappy cellphone video but was actually from 1987 so VHS I guess?) with not great sound so I didn't count it as part of my rating. After all that, I didn't really care for this album, some of it was just ok but a lot of it just wasn't my thing I guess. I haven't listened to a ton of Throwing Muses but I have liked or even loved some of their songs over the years, "Dizzy," "Counting Backwards" and "Big Yellow Gun" of the top of my head. Those all seam to have fuller production or something, I don't know if that is the correct terminology or if it even means anything but I think that's what the difference is to me. It's actually made me interested in digging deeper into their discography.